This is my Thesis, the final composition as Master student at Trinity College Dublin, 2020

From the image of a spiral to a Musical Composition’

The aim of this Thesis is to create a Composition of Contemporary Music influenced by a visual element such as an image. The process explores how a non-musical system can be a source for devising melodic/harmonic/rhythmic structures within a piece, and how figurative characteristics from visual stimuli are translated into musical language.

The relationship between Music and Art is investigated. In particular, the connection between Music and Paintings from different Abstract Painters in the 20th century. From here, the choice of an image that would guide my Compositional Process was taken.

A variety of music from Contemporary Composers was analysed. Through the study of their scores, different composing techniques and forms were considered as examples and influential starting points for a personal approach to composing my own piece.

The spiral is a curve characterised by a continuous and gradual widening. It repeats on itself around a central point and at the same time grows and expands in space, and so it was explored as a dimensional object, moving in time. The composition is, in fact, characterised by an intense motion, variations and nuances of dynamic. The image of a spiral was interpreted in many different ways, which allowed for many creative possibilities. 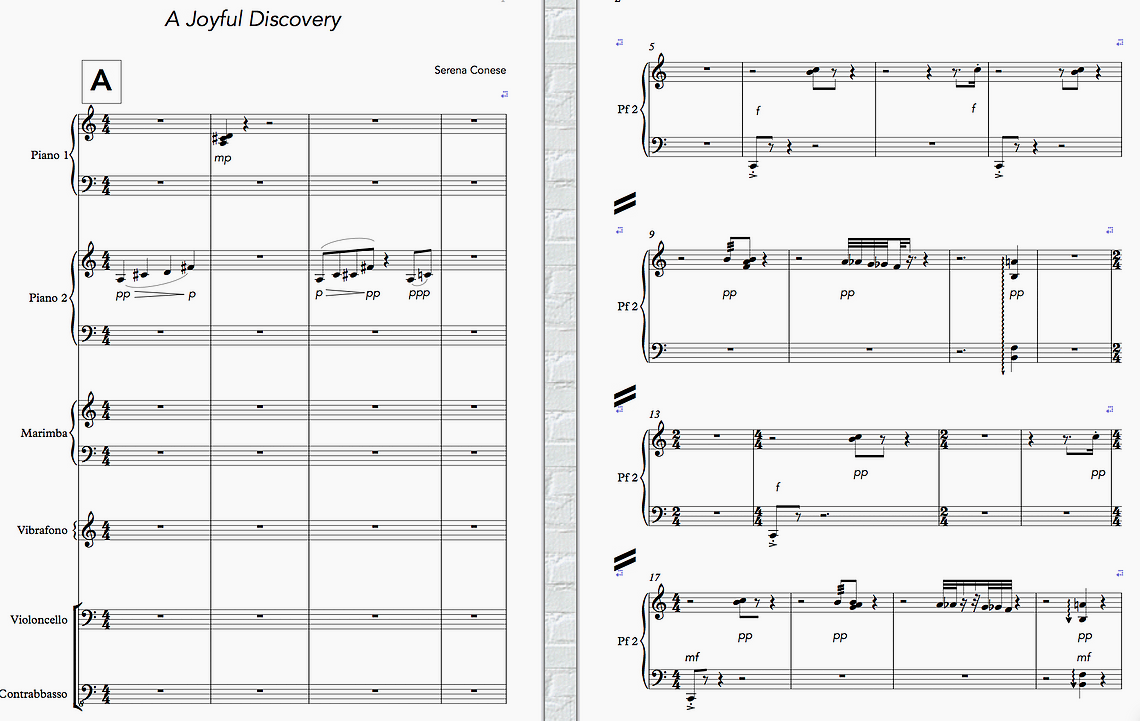 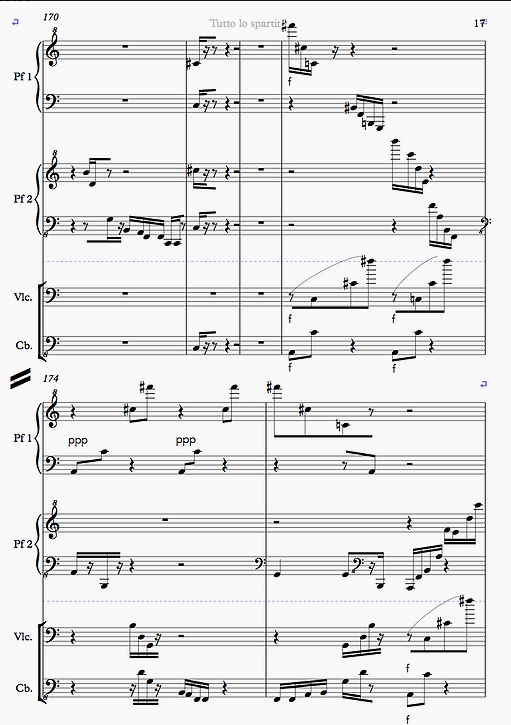 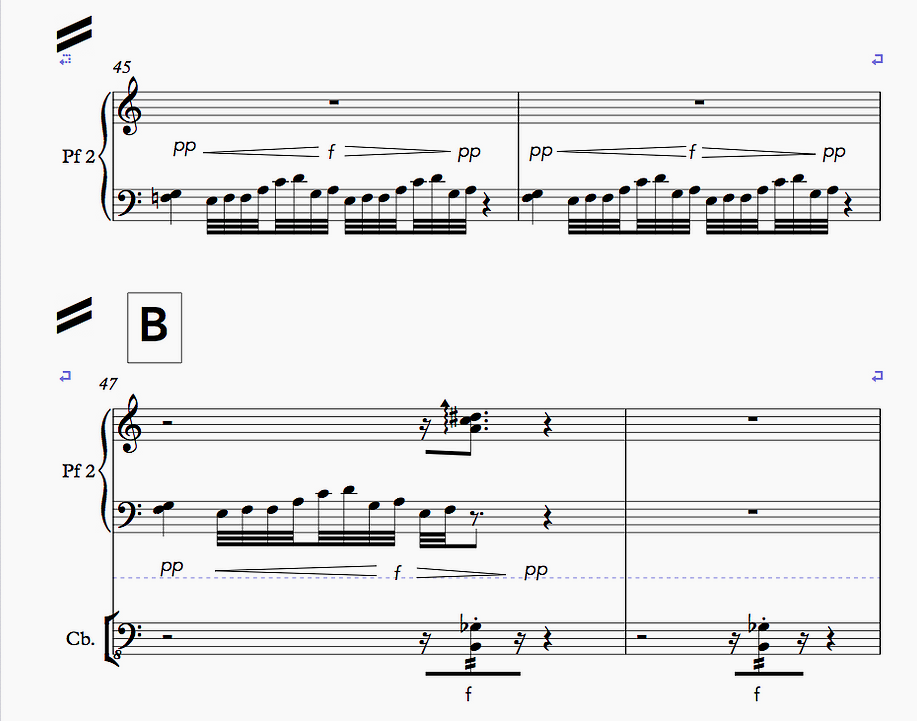